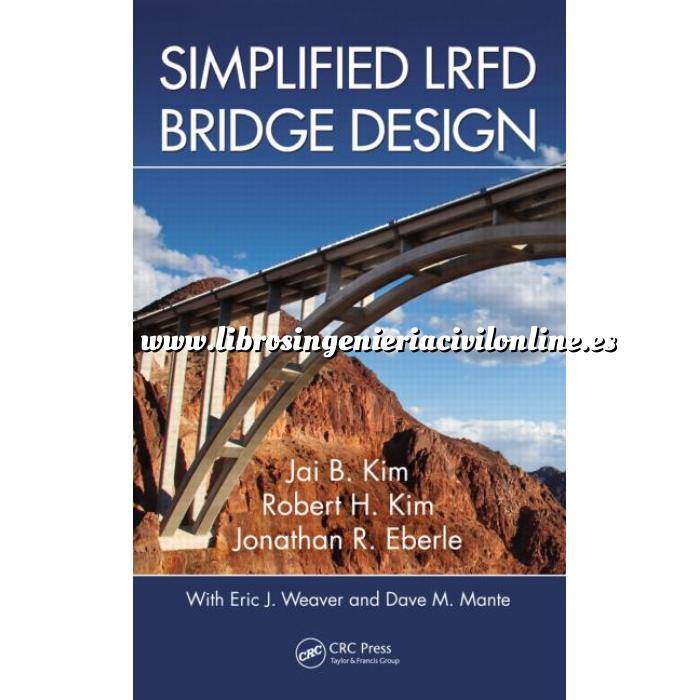 Developed to comply with the fifth edition of the AASHTO LFRD Bridge Design Specifications [2010]––Simplified LRFD Bridge Design is "How To" use the Specifications book. Most engineering books utilize traditional deductive practices, beginning with in-depth theories and progressing to the application of theories. The inductive method in the book uses alternative approaches, literally teaching backwards. The book introduces topics by presenting specific design examples. Theories can be understood by students because they appear in the text only after specific design examples are presented, establishing the need to know theories.

The emphasis of the book is on step-by-step design procedures of highway bridges by the LRFD method, and "How to Use" the AASHTO Specifications to solve design problems.

Some of the design examples and practice problems covered include:

Simplified LRFD Bridge Design is a study guide for engineers preparing for the PE examination as well as a classroom text for civil engineering students and a reference for practicing engineers. Eight design examples and three practice problems describe and introduce the use of articles, tables, and figures from the AASHTO LFRD Bridge Design Specifications. Whenever articles, tables, and figures in examples appear throughout the text, AASHTO LRFD specification numbers are also cited, so that users can cross-reference the material.

Load Combinations for the Strength I Limit State

Appendix A: Distribution of Live Loads per Lane for Moment in Interior Beams (AASHTO Table 4.6.2.2.2b-1)

Appendix B: Distribution of Live Loads per Lane for Moment in Exterior Longitudinal Beams

Appendix C: Distribution of Live Load per Lane for Shear in Interior Beams (AASHTO Table 4.6.2.2.3a-1)

Appendix D: Distribution of Live Load per Lane for Shear in Exterior Beams (AASHTO Table 4.6.2.2.3b-1)

Analysis and Design of Prestressed Concrete
160 €